Hearing begins when the outer ear, the visible portion of the ear that is on the outside of the head, channels sound waves down the auditory canal. This tube-like passageway is lined with tiny hairs and small glands that produce ear wax.

The middle ear lies at the end of the auditory canal. It is composed of the eardrum and three small bones, known by the layman as the hammer, the anvil and the stirrup. When sound waves hit the eardrum, it vibrates and, in turn, moves the hammer. The hammer moves the anvil, which moves the stirrup, transmitting the vibrations into the inner ear. The middle ear functions to amplify sound, which is why significant hearing loss can result from any disruption in any of the parts.

The inner ear consists of the cochlea and the nerve of hearing. It converts sound waves into nerve impulses that travel to the brain via the movement of tiny hair cells. The brain, in turn, allows us to hear…as long as the message it is receiving is not distorted due to problems in the process just described. 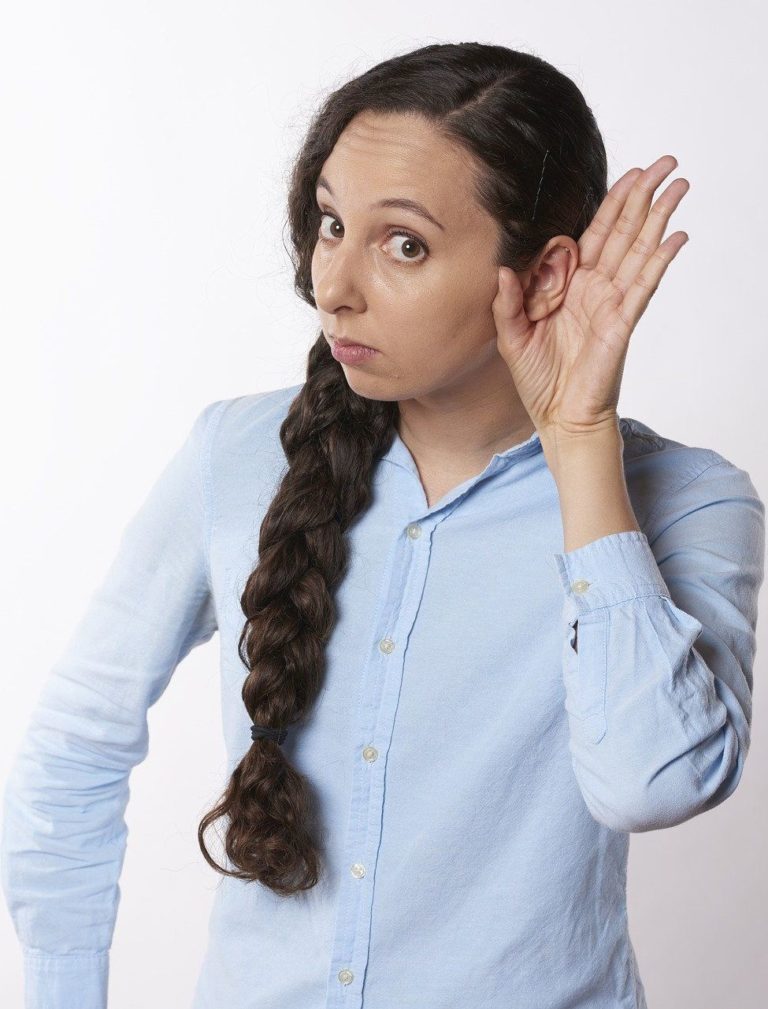 to learn about the types and causes of hearing loss.

to learn what happens during a hearing test appointment.

to learn about digital hearing instruments.